Games with Code brings quality programming classes to after school and summer programs in MetroWest Boston.  All our programs are led by Mark Sobkowicz.

Mark Sobkowicz has been teaching Computer Programming and Physics at Lincoln Sudbury Regional High School since 1995.  He began programming himself when he was a kid, on the mainframe computer at his high school.  He has taken courses in programming during several summers from great teachers at the Big Nerd Ranch and the Pragmatic Studio, but mostly he learns new stuff by trying, looking it up, and trying again.

I have a book!  You can buy it in paperback on Amazon, or you can buy it as a paperback or ebook at the link below.  I wrote this book to help kids with a little programming knowledge take it to the next level – by writing games.

I frequently teach classes through ABCE.   Look back at this space to see classes that are coming soon. 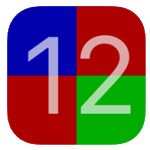 I wrote this app to learn Apple's new Swift programming language. It's a game that is also in my book, Learn Game Programming with Ruby.

Games with Code is dedicated to bringing fun after school and summer programs to kids in MetroWest Boston.  Kids in these programs will build games, and at the same time build skills that can set them on a path of lifelong learning about technology.  A major focus of these courses is teaching kids to ask questions and to find answers for themselves.  We believe that this ability is the most important skill people can have in the twenty first century.  All the world’s information is at our fingertips.  What questions will we ask?